The URL-6T Ultor Tactical Rocket Launcher, or simply 'Big Earl', is an extremely powerful anti-vehicle weapon issued to troops in the employ of the Ultor Corporation during the First Martian Revolution when the miner uprising shows no signs of abating.

The mastery of this heavy, unwieldy weapon by members of the Red Faction, including Parker, has been cited as one of the turning points in the uprising; such was the power it granted the rebels to deal with threats armored and otherwise.

The rocket launcher, like the FCA-26 Rail Driver and its descendants, had any infra-red scope able to see through walls and, whilst primarily used for firing "dumb" non-locking rounds, an infra-red sensor which could lock-on to targets and home in on them and is very useful for deadly effect against both the Earth Defense Force and Red Faction alike. 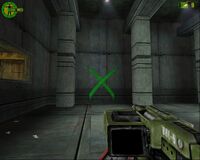 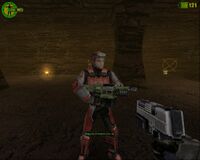