When the player seeks out this walker, it's the best to use only explosives or rockets to destroy it and keep running while shooting, another best way to deal with it to throw a Shock Grenade that will temporarily disable for a few minute to land a few shot, before it get back up again. However when using other powerful vehicles such as gunships or tanks, the Battle Armor can be easily destroyed as well depending on how much health and power has the Battle Armor itself.

Power Suit in the 2001 Magazine issue 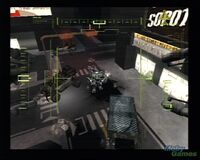 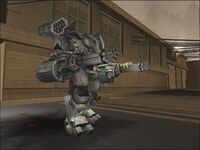 Another full detail of the Battle Armor 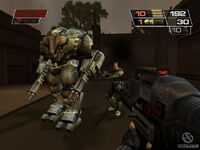 Repta and an unoccupied Battle Armor 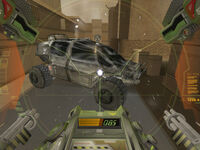 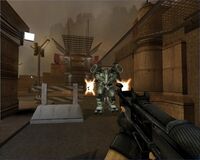 Alias engaging the Battle Armor inside of Sopot's Citadel 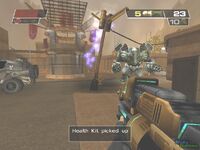 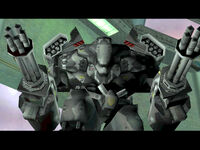 Molov inside his own enhanced Battle Armor for the final showdown against Alias
Community content is available under CC-BY-SA unless otherwise noted.