Did you mean to search for the faction of miners?

Red Faction, also known as Red Faction 1 (RF1), is a first-person shooter, released on May 21, 2001. The story is set on Mars in the year 2075, people have been attracted to mining jobs at Ultor, with claims of great pay and great adventures, as well as a brilliant life back at Earth. All of these promises were lies... Life in the mines were unbearable, human rights for the miners were nothing, being repeatedly beaten by guards and treated like dirt, and with a strange disease nicknamed "The Plague", and with no antidote to cure it, the deathrate increased. But not all would endure this living hell, an underground resistance is forming, the Red Faction.

The game was inspired by several works of contemporary Science Fiction, most notably the movie Total Recall among others.

As of August 5, 2009, Red Faction has been made available through the Steam platform with a few of the problems with running the game on a modern computer fixed. This game is also available, DRM free, on Direct2Drive and GamersGate. The game was also re-developed as a top-down shooter for the mobile phone.

Parker: Parker is the main protagonist of the game. He has black hair and is seen in his miner envirosuit most of the time.

Orion: Orion is the second lieutenant of the Red Faction, loyal to Eos. He also trained the Red Faction members during fitness training in order raise up the revolution.

Eos: Eos is the leader of the Red Faction. She has a strange piece of metal covering her left eye and has mid length brown hair.

Hendrix: Hendrix is a technician working with Ultor Corporation, who wishes to assist Parker in his journey. He has dark skin, short black hair and glasses.

Gryphon: Richard Gryphon is the deputy chief administrator of Ultor Corporation willing to help the Red Faction and is seen to wear his tuxedo suit most of the time.

Capek: Axel Capek is a strange old man who has been experimenting with nanotechnology and the Plague. Much of his body has been replaced with robotic replacements. He is also extremely short.

Masako: Colonel Masako is the main antagonist of the game and the leader of the Mercenary Regiment, loyal to Ultor Corporation. She wears a green envirosuit and is seen to carry her prefered weapon mostly which is the Precision Rifle.

Red Faction takes place on Mars around the year 2070. Earth’s minerals are being depleted and humans need more of them to survive. The vast Ultor Corporation runs the mining operation on Mars. The living conditions are deplorable, human rights for the miners are few and a disease called "The Plague" is running rampant throughout the colony with no known antidote available - predominantly within the confines of the mine complex. Parker, a downtrodden miner, came to Mars to make a new start in his life - taken in by the promises and advantages Ultor has to offer in the mines of Mars.

After a routine day in the mine with the typical aggression toward miners and cramped living conditions and poor nutrition, he witnesses the spark that starts a rebellion when a security guard abuses a miner at the end of his shift and heartlessly kills him. Parker takes up arms, with the help of Hendrix, a rebellious Ultor security technician who guides Parker through the complex. Hendrix tries to get Parker to join up with a group of miners who are about to steal a supply shuttle and escape the complex, but Parker arrives too late. The shuttle takes off, and is destroyed by missiles moments later.

Parker traverses through the Ultor complex, eliminating any resistance Ultor throws at him, and even (with the help of Orion, a high-ranking Red Faction member) kidnapping a high-ranking Ultor administrator, Gryphon, for Eos, leader of the Red Faction. Parker learns from Gryphon about Dr. Capek, who created "The Plague". Capek has been experimenting with nanotechnology, and the Plague is a side-effect of injections at the miners' annual medical checkup. Hendrix directs Parker to Capek's secret underground laboratory, where he and Eos meet up and take down Capek. As Capek dies, he tells Eos there is a cure for the Plague but refuses to tell her how to make it and bluntly states "Hope you all Die!" With Capek dead the lab's self-destruction sequence initiates, Eos stays behind to find the files on the cure while Parker continues to the Communications center.

After sending a distress call to the Earth Defense Force Parker destroys the missile defense system, so that he can stow away on a shuttle to an Ultor space station in Martian orbit to deactivate a laser defense system without getting shot down. After destroying the space station, Parker lands back on Mars via an escape pod, Ultor brings out its reserve of mercenaries to help them in their fight against the miners. Hendrix tells Parker that the mercenaries have orders to destroy the mining complex, covering up any proof of Ultor's wrongdoing, Hendrix is killed soon after this by the mercenaries.

After fighting his way through the mercenary base, Parker confronts Masako, the mercenary leader. After he kills Masako, Parker sees that Eos is tied up and sitting on the floor next to the bomb, which has been set to explode. After deactivating it, the Earth Defense Force arrives just in time to save Parker and Eos from a fighter aircraft. Eos tells Parker that an antidote for the Plague has been made and it is being given to any sick miners. She also tells him she is leaving Mars, and that Parker should enjoy his new status as a hero.

One of the main selling points of Red Faction was the game engine's GeoMod technology, which allowed players to significantly alter and otherwise affect the surrounding terrain and buildings, either with explosives or otherwise. Past games had allowed limited alteration of the environment through scripted means, or special triggered areas which would add or remove certain predefined level elements. Red Faction was one of the first games to allow players unscripted level-altering possibilities.

GeoMod allows the player to alter the environment so significantly because of the way it designates altered (or "GeoModded") areas. Whereas other game engines would have to modify the shape of the altered object to create a similar effect, GeoMod creates special objects which represent empty space. When, for example, an explosion blows a hole in a rock wall, the GeoMod technology creates an "empty space" object which is the approximate size and shape of the explosion. The training level uses a much larger "empty space" object than the rocket launcher is able to produce in other circumstances, simply because tunneling is required to complete part of the level.

In the extras menu of the game, there was a small level called "Glass House" that allows players to create near endless tunnels and caverns. This adds a form of sandbox, giving players the ability to test the GeoMod engine to its limit.

Geo-mod technology is something that allows you to make games much more realistic, making it possible to blow holes in walls, floors and just about anything, allowing some advantages in gameplay (an example is on the back of the case "don't destroy the convoy, destroy the bridge!") However, this is the only Red Faction game that can allow you to actually blow up the ground allowing you to burrow into the walls. You can even make your own series of tunnels practically where ever you want. Somewhere is even possible to blast into hidden tunnels, for ammo caches or more tactical position (for example when leaving mines).

The multiplayer of this game comes with an impressive amount of multiplayer maps used for gametypes such as Deathmatch, Team Deathmatch and Capture The Flag only, all being similar on PlayStation 2 and PC Version. Unlike the PS2 Version, players don't have the option to play with bots nor splitscreen on PC Version, but only with online real life players. The chances of survival in a online multiplayer game are minimal for beginners when the players face advanced fighters unlike the singleplayer campaign.

It also includes various items such as Damage Amplifier, Super Armor, Super Health and Invulnerability while unlike the PS2 Version it doesn't have the option of autoaim. Here are the multiplayer maps listed for each gametype:

Red Faction has received generally positive reviews from critics. Aggregating review websites GameRankings and Metacritic gave the PlayStation 2 version a 88.29% and 88/100 and the PC version a 78.34% and 78/100.

In the PlayStation 2 version, IGN called it "An absolute must-have game for the PlayStation 2, and it's the best single-player first-person shooter by a long shot." GameSpot stated "Although Red Faction rarely outstrips the games it draws inspiration from, the fact that there are times when it shows them up at all is pretty impressive." PlanetPS2 commented "Red Faction delivers a satisfying, if slightly flawed single player experience and a distracting, but ultimately shallow multiplayer mode. The graphics are impressive, and the technology introduced in this game is amazing, it's just unfortunate that it hasn't been used to its fullest potential."

In the PC version, IGN stated "It's all about the gameplay, and when you crank this baby to hard, or God forbid, im-freaking-possible, you'll find the gameplay to keep you going for hours piled upon days, piled upon weeks."PC Gamer commented "As far as looks go, Red Faction is more like the cute girl next door than a hot fashion model from the Upper West Side: It's pretty, but it won't make a man drop to his knees and thank God for giving him sight."GameSpot noted "Its relative lack of originality can...undermine Red Faction's appeal for more-experienced players, for whom the game will provide mostly familiar territory. Nevertheless, Red Faction is an accomplished shooter in its own right." Game Revolution called the game "A fine FPS with plenty of action and intense gameplay, even if it is derivative, too short and a tad uninspired."

For anyone who would prefer a visual walkthrough, there is a series of videos that act as a tutorial for you.

Legend Of The Inability To Aim 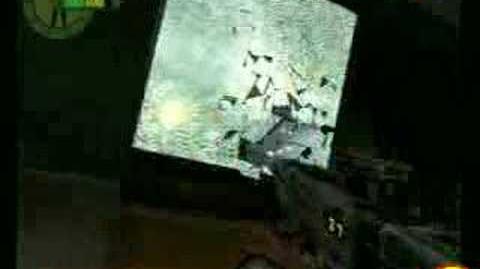 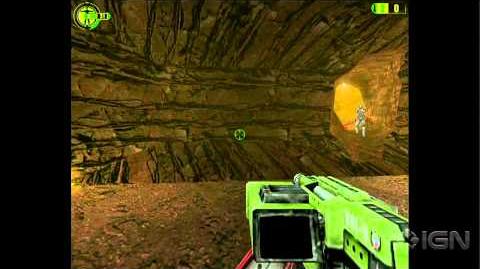