Red Faction: Battlegrounds is an arcade game available on Xbox Live Arcade and the PlayStation Store. The game revolves around vehicular combat from a top-down view. It has twenty offline missions arranged in a weakly-ordered campaign as well as multiplayer both local and online. The majority of its vehicles come from Red Faction: Guerrilla, although DLC packs exist for both Red Faction: Armageddon, its sequel, and Red Faction: Origins, the SyFy's channels TV movie.

It was created by THQ Digital Studios UK, who were the reshuffled group who worked on the Juiced games.

Battlegrounds is a vehicular combat game which relies upon the three vehicle classes of Walkers, Tanks and Light Vehicles. These differ from each other in speed, manouverability, firepower and armament. Even within the classes there is significant range in capabilities. Additionally, these classes generally work in a rock-paper-scissors fashion with Tanks excelling against Rovers due to there firepower, Rovers excelling against Walkers due to their speed and the walkers lack of turrets, and Walkers excelling against Tanks also due to firepower. Another feature of the gameplay are the weapon and power pick-ups, which can turn the tide of battle.

The EDF Scout Car was one of the most predominant vehicles used by the Earth Defense Force in Red: Faction Guerrilla. In the service of the Red Faction it comes fitted with dual Gauss turrets.

This is based on the Miner All-Terrain Vehicle, having been modified with a rotating turret, from Red Faction: Guerrilla. Its is fast and manouvrable, but not so powerful in the weapons department.

This appears to be a heavily modified version of the Civilian Pick-up from Red Faction: Guerrilla, for a start having 6-wheels instead of two. It sports one of the most powerful guns on any Rover-class vehicle.

The Marauder Buggy is a vehicle in the Armageddon DLC pack equipped with a powerful, if unpredictable, grenade launcher and is based on the Marauder Reaver.

The Red Faction Light Attack Vehicle is their replacement for the EDF APC. Here it comes mounted with a devastating Singularity Cannon.

The Marauder Stomper first appeared in Demons of the Badlands, the single-player DLC pack for Red Faction: Guerrilla. Here it comes mounted with an anti-armour gun which fires a shotgun-like cannister shot, extremely effective at close range.

The Marauder Chomper was a light dune buggy also from Red Faction: Guerrilla's DLC. It is fast, agile, and not to shabby when it comes to weaponry.

The EDF Staff Car isn't particularly the first vehicle that springs to mind when the word 'fearsome' is used, but these are not the usual Staff Cars having been extensively modified by the White Faction. The dual rocket batteries which were retrofitted to the back scream death and it isn't a pushover in armour or speed either.

The Earth Defense Force APC in Red Faction: Guerrilla was pretty tough, but it was more feared for the troops it could bring into battle. These APCs, however, have been modified by Adam Hale's White Faction with a massive swivel twin-turret added.

EDF Heavy Tank
The EDF Heavy Tank, or Main Battle Tank, was the most powerful conventional vehicle to appear in Guerrilla. It may not be in anyway fast, but its cannon packs an unrivaled knock-out punch and it has very heavy armour.

EDF Medium Tank
The EDF Medium Tank first appeared in Red Faction: Guerrila and is by far the fastest and most manouvrable tank on Mars, though it lacks the armour and firepower of the Heavy Tank.

EDF Artillery Tank / MRLS
The EDF Artillery Tank was the most powerful EDF vehicle in Red Faction: Guerrilla and its deadly streams of rockets from its twin batteries attest to that. While it mightn't have a high speed, or the best armour - it is still a deadly foe at ranges.
EDF Crusader Tank (Armageddon Pack DLC)

Combat Walker
Since its debute in Guerrilla, the Combat Walker has always been one of the most deadly vehicles of its time period. Its twin missile pods and cannons turn enemy vehicles into scrap metal. Speed is not a going concern because this is a 'tank hunter.'

Light Walker
One of the signature vehicles of Red Faction: Guerrilla, the Light Walker was originally blessed with jump jets. In Battlegrounds it may not be able to jump, but it is fast, agile and its fast firing Gauss Cannons still are a dangerous foe.
L.E.O. Exo Suit (Armageddon Pack DLC)
The L.E.O. was one of the signature vehicles of the Red Faction in Red Faction: Armageddon. Here it comes with its usual machine gun and powerful missiles which are capable of homing in on targets to a sometimes shocking degree. Overall it has high firepower, decent speed - but lower armour.

Speed Boost
Speed is a limited time ability which increases the speed of the user, excellent for chasing down fleeing hostiles or making an escape yourself. Its also good in Walkers, who have no rotating turret, for moving sideways to avoid enemy fire whilst keeping them in the sights of the guns. This is made possible by an interfacing module which increases engine efficency and output.
Armor Boost
Armor Boost is a limited time ability, based on the nano-tech shield used by Axel Capek in the First Martian Revolution, and makes the user invulnerable to harm. This is excellent for charging into the fray and setting off massive barrel explosions without fear of being wrecked, or, just generally aiding surviability.
Repair
Repair is an instant-effect ability which, while not necessarily repairing vehicles completely everytime, adds a great chunk of health to vehicles. This is a god-send for those on low health. It works by a technology refered to as 'smart metals,' whereby the chasis realligns, dents fold back and holes close when an electric pulse is deployed.
Reconstructor
Reconstructor is a pickup which rebuilds the terrain across the entire map. This terrain mostly consists of explosive barrels which can be used to kill enemies by catching them in the blast so this is more useful than one might think.
Quad Damage (Armageddon Pack DLC)
Hammer (Origins Pack DLC)

Much of Mars remains unexplored to this day, and so the Red Faction must create or adapt a great array of environments to fully train their recruits to deal with any situation. This crashed spaceship is a testament to that.

Though once a breathtaking green smudge in the Martian expanse, the plant life in Oasis is now starkly alien.

Recycling is an important part of Martian life, and facilities like this keep local Heavy Industries supplied with the chemicals they need.

Ice Mine Eos is a Red Faction mock-up of one of the many water reclamation sites across Mars, required in order to supply the populous with water.

Though allies, Red Faction soldiers need to be prepared to fight anywhere and this mock-up of a Marauder Enclave reflects that.

A simulated urban environment aimed at teaching recruits in order to avoid the excessive collateral damage of the Second Martian Revolution, notably at the hands of Alec Mason.

Particle Cannon 7 An old Earth Defense Force weapon installation, this was taken over by the Red Faction for training and military excerises.

EDF Outposts such as this one dot the Martian desert, protecting remote mines and other valuable resources. They are common targets for bandits and their like.

The old Free Fire Zone is filled with bandits and abandoned weaponry making it the 'ideal' place to train. This is a multiplayer only map.

King of the Hill

There are 20 ranks in Battlegrounds, and experience towards these can only be gained from the campaign/training missions and from online play.

By ranking up within the game bonus content is gained within Armageddon upon release consisting 2,000 salvage, the ingame currency, with reaching Level 10 and an original weapon from Guerrilla, the EDF Enforcer, upon Level 20. It should be noted that although Rank 10 can be reached by unlocking enough bronze, silver and gold badges in completing the offline missions, Rank 20 cannot be achieved without online play.

The achievements for the Xbox 360 (and PlayStation 3?) are as follows:

Welcome to the Faction (5 G) - Gain Your First Rank

Take That, Winters! (40 G) - Gain a Gold Star in All Training Missions

The Armageddon Pack DLC achievements for the Xbox 360 (and PlayStation 3?) are as follows:

The Origins Pack DLC achievements for the Xbox 360 (and PlayStation 3?) are as follows:

Tormentor (15 G) - In Race Mode, Kill a Player 3 Times When They're on Their Last Lap 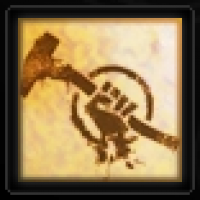 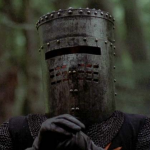 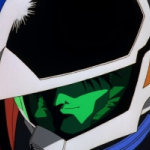