Mr. Toots is the name of one of the weapons in the game Red Faction: Armageddon. Mr. Toots shoots rainbow laser blasts out of his butt, like the Nyan Cat meme. Mr. Toots also has limited ammunition or gas in this case.

If his facial expressions are any indication, he doesn't seem to enjoy the experience when he's being fired. Otherwise he has a somewhat relaxed, contented look on his face when simply being carried around.

Highly accurate and extremely destructive, Mr. Toots can only be obtained after finishing the initial storyline once and he will appear as a weapon. The 'rainbow' that fires is produced as a laser and can destroy anything in its path. Enemies that are killed by this ray have a tendency to explode into a group of rainbows and butterflies that quickly disperse. 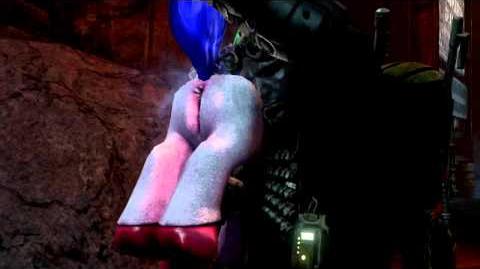 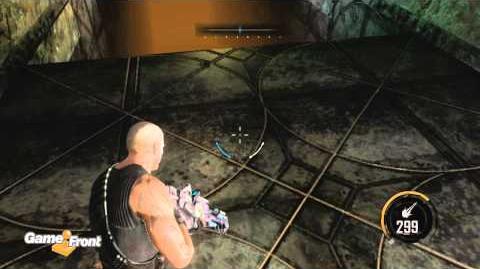