Lars Repta is the heavy weapon's expert in the squad of nano-augmented soldiers, which are abandoned by the dictator of Commonwealth, Victor Sopot and joins the Red Faction.

Repta is one of the few participants put into the project to create the nano-enhanced supersoldiers. He, along with six other participants, escape execution.

Shortly after departing from the boat driven by Shrike at the docks, he assists in breaching the Public Information Building, where he gives suppressing fire with his standard JF90-HMG/BF Heavy Suppression Machine Gun at the few security guards.

Later, he arrives in the Public Information Building, battling Sopot Elite Guards in the studio where Sopot broadcasts. The weapon he used this time was an NICW, since he would be more durable with it than the HMG.

Assault on the Citadel[]

Repta arrives, along with Tangier, Molov, and Quill. He returns to using his JF90, as he and Alias create a diversion by destroying the Ammunition Dump. They later on wreak havoc, with Alias piloting a Battle Armour. At the Missile Silo, he watches Alias' back as he confronts and defeats Sopot.

When Victor Sopot is defeated and executed, the leader of the squad, Crate Molov, proclaims himself the new dictator of Commonwealth. While some of squad's members rebel against their commander-turned-enemy, Repta stays loyal to Molov and the newborn regime.

Shortly after Alias and Tangier infiltrate the statue, Repta lurks and distracts Alias, sending out hordes of Nanotech Enhanced Civilians, including the more powerful Nanotech Enhanced Grunts. After eventually being pursued into the processing area of the nano labs, an explosion throws Repta into the vats of the liquid nano-component during a showdown with Alias.

This led to the creation of Repta +: the Processed, white-skinned Repta with physic powers and fully out of his mind. Repta + is finished off by Alias. 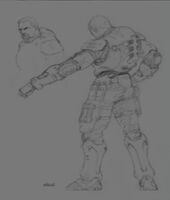 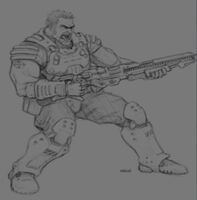 Repta concept with no colour 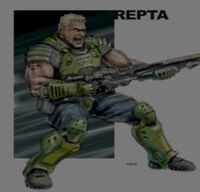 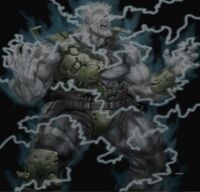 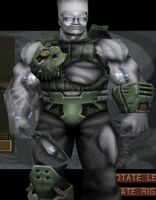 Repta being knocked out by Alias into the deepest Nano base 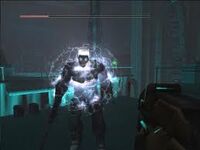