He provides help for Parker by notifying him of things that he needs to do and problems ahead. In the beginning of Red Faction, Parker is contacted by Hendrix solely through messages received in the HUD (Heads Up Display). However, towards the end of Red Faction, he is found in the Mercenary Complex, hacking security systems and coordinating the efforts of Red Faction squads. He is killed by an explosive device in the Mercenary Complex in the Ultor Mining Complex. Due to his bravery and service to the Red Faction, the Capital Building of EDF-controlled Mars is named after him. 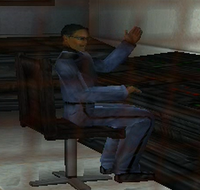 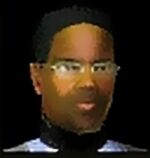 Hendrix communication to Parker during in the First Martian Revolution
Community content is available under CC-BY-SA unless otherwise noted.
Advertisement