Geo-mod ("Geometry Modification Technology") is the name of the engine developed by Volition for the Red Faction series and also the name of a feature of that engine. The precise definition of Geo-Mod has varied between games.

In Red Faction and Red Faction 2 Geo-Mod was a game engine allowing the player to alter level geometry with certain weapons, including making holes in surfaces. This was performed with a unique method at the time; rather than simply altering an object to a damaged state, the Geo-Mod engine created a new "empty space" object to approximate the size and shape of the damaged area. In the first game, this allowed players a limited ability to tunnel through even the rock walls surrounding the playable area of the map.

There were some issues with areas in the first game becoming "unwinnable" if sufficient damage was done to the surroundings; this was particularly prone to happening with staircases. Red Faction 2 featured far more invincible level geometry in critical areas as a result, and was criticised for this approach by some reviewers.

The engine was originally developed under the name "RED," and has little in common with the original Geo-Mod concept. In Geo-Mod 2.0 level border geometry ("walls" and the "ground") cannot be modified, the engine instead focusing on ragdoll physics simulation with a stress-based collapse model for buildings. In Guerrilla and Armageddon most building geometry is destructable (though not certain large or important structures) and buildings will react in real-time to damage, eventually toppling over if enough structural support is lost. 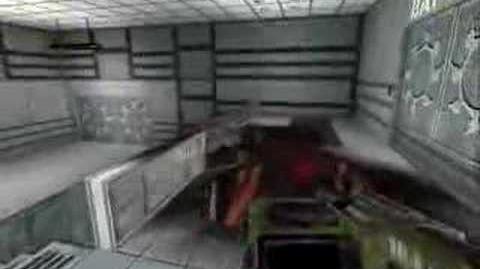 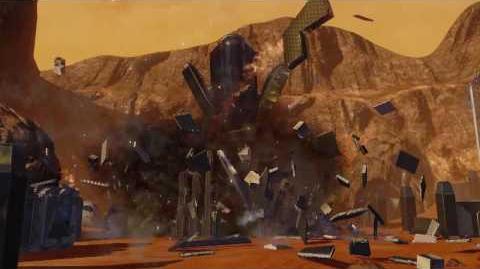 Red Faction Guerrilla - Geo-Mod 2.0
Geo-Mod 2.0 in action
Add a photo to this gallery
Retrieved from "https://redfaction.fandom.com/wiki/Geo-Mod?oldid=21440"
Community content is available under CC-BY-SA unless otherwise noted.