The FCA-26 Magnetic Rail Driver is a favoured weapon among the Mercenary Regiment supporting the Ultor Corporation during the First Martian Revolution in Red Faction.

The FCA-26 Rail Driver is a powerful, railgun-type weapon that is capable of shooting heavy metal, caseless slugs. Powered by magnetic acceleration, these spike-like slugs reach astonishing speeds - leaving trails of ionized air in their path - and may pierce through solid objects, like concrete, and even steel. The power of Rail Driver is so great, it will kill any human enemy in the game with a single shot (no matter the shot placement). It can even acheive multikills, if you manage to shoot a slug through several enemies lined-up in a row.

The Rail Driver is an unique combination of a sniper and anti-armour weapon. Not only it is precise, it can defeat any cover with no hindrances, no matter how dense or thick. The Rail Driver is also a potent anti-vehicle weapon, wrecking any in a few shots.

The FCA-26 has a heat-sensitive scope, allowing you to see people through walls (as orange silhouettes against a green background). Thanks to that, it is a perfect ambush weapon, allowing you to kill an unsuspecting enemy right through walls from rooms ahead, without even giving them a chance to see you before death (to speak nothing of fighting back).

The Rail Driver's only real drawback is its rate of fire - or rather, its lack. The weapon has no magazine, and instead is reloaded with the slug inserted directly into the chamber, which takes a while. Due to that, the Rail Driver is best used for surprise attacks, as every shot counts. Unless you possess flawless accuracy, refrain from bringing the FCA-26 into open combat, because every mistake will cost you dearly. Another minor issue with this weapon is a limited ammo reserve, necessitating the need for accuracy even further.

The Mercenary Commandos carry Rail Drivers, and are probably the single most threatening enemy in the game. If they score a hit, it is a game over for you. Worse yet, they also are capable of sniping through walls. To increase your chances of survival: prioritize them as your target, assault them immediately, and keep moving (and shooting) until they are dead. Each second of them aiming at you, is one more second of you playing dice with a sudden death - so do not waste your time, lest you get wasted yourself.

The model will be succeeded by the CMRD-32 Magnetic Rail Driver five years later during the Earth uprising against the Sopot led Commonwealth forces during the civil war. The Earth Defence Force also adapted it the schematic to recreate their own model over a decade later for the occupation of Mars after the resources ran dry on Earth. A century later, Red Faction also follow suit by developing their own version of rail driver based on the EDF design for the additional enforcement to their military weaponry. 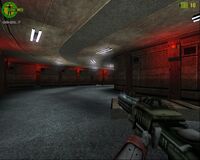 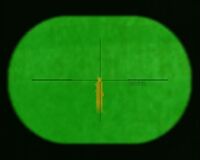