Demons of the Badlands

Demons of the Badlands is the first downloadable content pack for Red Faction: Guerrilla. It was announced on June 30th 2009, 25 days after the official release date of the game. You play as Samanya when she was younger as a Marauder and discover why she left the Marauders and joined the Red Faction. The DLC adds 8 New Actions, called Marauder Actions, 10 new Achievements/Trophies, 3 new Marauder Vehicles, 9 new weapons, 1 new stationary weapon- the plasma cannon, and the super Gauss Rifle which fires a triple gauss blast.

The game takes place on November 4th, 2117 -- 8 years before the Second Martian Revolution, and the protagonist is Samanya. The game takes place in the Mariner Valley. The EDF kidnapped Vasha (Samanya's sister) and plans to publicly execute her and your mission is to rescue her. After you rescue her she tells you that it was a trap, you and her have to fight off the EDF ambush and with the help of the Marauders you're able to defeat them. After the EDF's plan failed to kill Samanya and Vasha, Vasha is planning to assassinate the EDF's commander for the Mariner Valley, Captain Saul Marius. The plan is for Samanya to attack while Marius is inspecting the cliffside outpost near the Marauder's camp. Once the Commander is killed, Samanya must escape the EDF while being chased by troopers and bombers. The third and last mission, Vasha has ordered an all-out assault on the EDF headquarters and she is intent on wiping out all "outlander" presence in the valley including the EDF internment camps. Your mission is to free the prisoners. Once you freed the prisoners you come across Daniel Mason and he tells you that another man was also taken as a prisoner and is about to get executed. Samanya and Daniel get in a tank and make their way to the EDF's HQ to free Hugo Davies. Once freed, the two have to escape with an APC and fight off the EDF until it is safe. 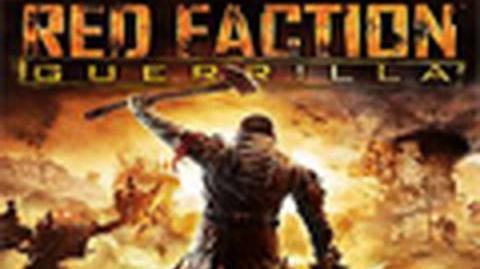 Red Faction Guerrilla Demons of the Badlands DLC Trailer HD
The Trailer of the Downloadable Content.
Community content is available under CC-BY-SA unless otherwise noted.